The International American University College of Medicine (IAU) celebrated World Blood Donor Day with a mega blood donation Drive, in collaboration with the St. Jude Hospital. This year’s World Blood Donor Day was held under the theme: “Saving Blood for Saving Mothers”. It is celebrated on June14th every year and encourages people to give blood and save lives without asking for anything in return.

The event, which was held at the Daher Building Car Park in Beanefield, Vieux-Fort, last Friday, attracted scores of blood donors from various communities in the south of the island. In her remarks to the gathering, Senator Debra Tobierre congratulated the school for what she described as a “wonderful initiative”, and called on the general public to fully support it. “Lives can be saved by donating blood. Everybody should play a part in saving lives,” she said. The senator, who also donated blood at the event, added that IAU has played an important role in the development of the south over the years in many ways. Remarks were also given by Dr. James Villanueva, Dean of IAU COM and Petula Flavius, Laboratory Superintendent at St Jude Hospital.

The event was welcomed by Medical students, staff of IAU and members of the public who have continued to support the event over the years and have been encouraging others to do so. This is the 6th year IAU has celebrated World Blood Donor Day by holding successful blood donation drives. Few years ago, the school created history in St. Lucia when it collected 63 units of blood, which represents the largest number ever collected in a single day. 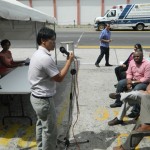 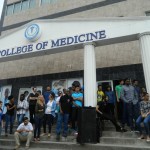 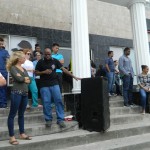 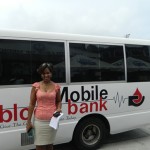 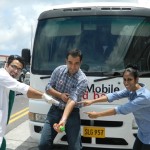 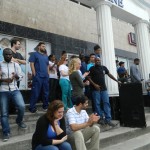